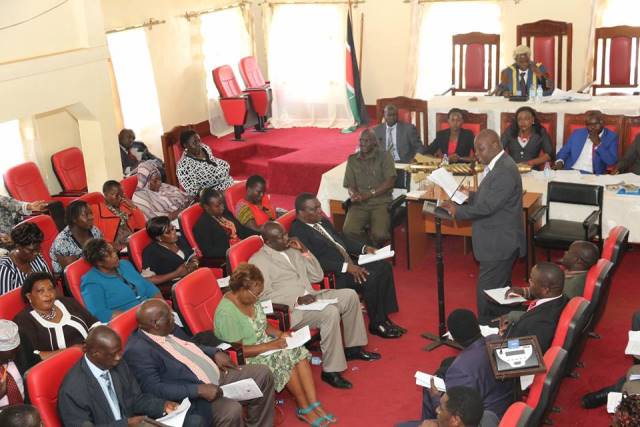 The County Assembly of Kakamega today adopted the county’s budget estimates for the Financial Year 2016/2017 presented to the honorable house by the Budget and Appropriations Committee Chairman Hon. Benard Lukulu.

The Assembly recommended that all necessary measures for Capital Expenditure to grow in relative terms as the Recurrent Expenditure declines over the medium term must be implemented as stipulated in law. The Assembly further expressed that the government should achieve and sustain a capital improvement rate of over 40% of the adopted Sh.13.2B budget estimates within the next three years.