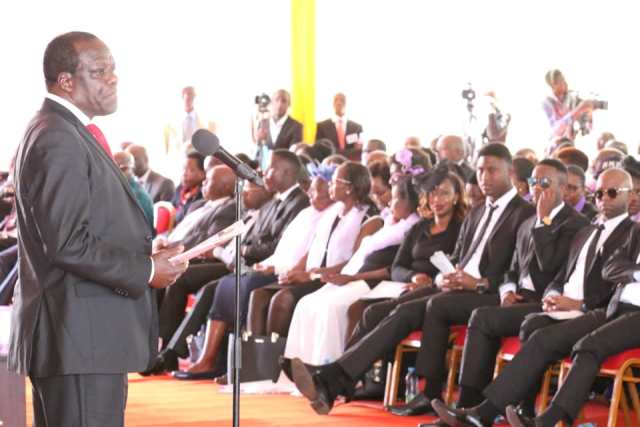 H.E Governoe Wycliffe Ambetsa Oparanya has said the Council of Governors (CoG) has lost a great leader who was commited to the ideals of the Council. The governor who is also the chair of CoG made the remarks today during a requiem mass for Bomet governor the late Dr. Joyce Cherono Laboso at Bomet Green Stadium in Bomet County.

“Personally I knew the late H.E Hon. Joyce Laboso when both of us were MPs in the National Assembly in 2008. He said she invited him, when he was a minister for Planning, to launch the strategic plan for Sotik constituency which she represented in parliament back then.

On behalf of the Council of Governors, he thanked President Uhuru Kenyatta and his deputy William Ruto for the support they extended to the late governor and urged the deputy governor of Bomet County to follow the footsteps of the late governor in honour of her good deeds, adding that he should also appoint a woman as his deputy.

Other leaders led by President Uhuru Kenyatta eulogised the late as hardworking and a role model who was committed to service delivery.
The president agreed that cancer posed a threat to every household in Kenya and that well equipped cancer centres would be established in various health facilities, including Longisa hospital, to deal with management of the condition.

The late Joyce will be laid to rest tomorrow at Fort Ternan Kisumu County.