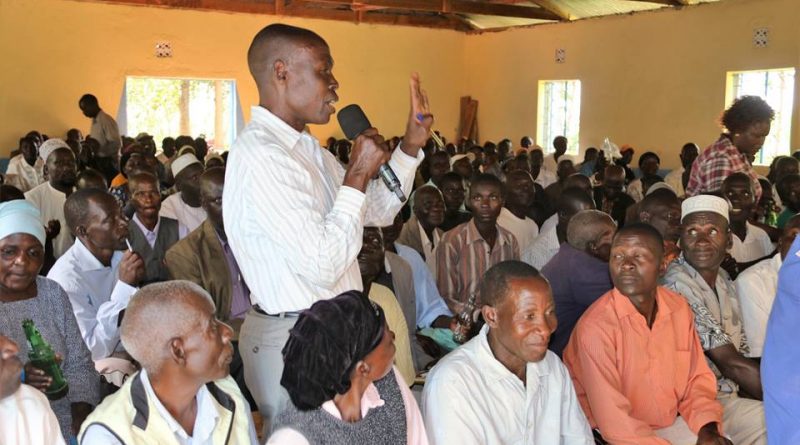 County Government of Kakamega through the Ministry of Public Service and Administration is carrying out public participation exercise aimed at educating and involving the county residents on boundary demarcation of village units and community areas.

The eight member technical committee comprising of County Economic Planning Officers, Officials from National government, Demographers, Legal officers, Members of County Assembly, Political science and historical experts, Land surveyors; are carrying out the exercise across the sixty (60) wards in the county. The team educates the public on the legal background to the formation of the administrative units and also provides them with guidelines on creation of the units.

During the public participation exercise, the public gives their views on the names, suggest headquarters of the village and community area headquarters, the number of villages and community areas, among others; having representations from the category of Persons with Disabilities, Youth, Women and Elders.
However, the public is involved to give views and suggestions or some comply after presentations by selected sub-county and ward committees and later it’s compared to that of the technical committee.

However, the county is to have 180-240 village units and 360 to 400 community areas. The exercise which has taken two weeks now has already been in Likuyani Sub-county,Lugari sub-county, Navakholo Sub- County, Ikolomani Sub-County, Matungu Sub-County, Khwisero Sub-county, Butere Sub-county,Mumias West Sub-county and some parts of Mumias East and Malava sub-county. The Public Participation which is to end on 18/11/2016 of this month will have traversed through all the 12 sub-counties and the sixty wards.