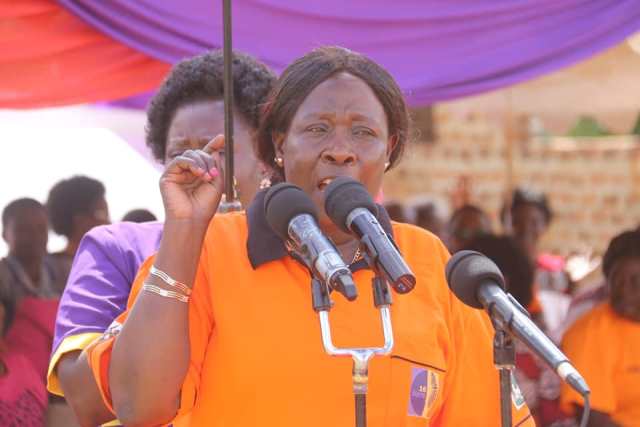 Kakamega County First Lady Priscilla Oparanya has called on residents of Kakamega county to join hands in eliminating gender based violence in the county.

Speaking in Mayoni ward, Matungu sub county in Kakamega county during an event to mark the International Day for Elimination of Violence against Women, Mrs. Oparanya said gender based violence, whether physical, sexual, economic or emotional is recognized globally as a widespread and persistent violation of the rights of citizens especially women and young girls.

The First Lady called on residents to report such cases to the authorities to ensure perpetrators are held to account as a way of preventing further acts in future.

Gender Affairs advisor in the Office of the Governor Peninah Mukabane called on parents to be responsible and educate their children on the proper societal norms expected of them. Her sentiments were echoed by Public Health Chief Officer Eveline Mulunji who added that parents are also to blame for failing to track the whereabouts of their children.

In attendance were members of county assembly led by the house health committee Vice Chairperson Hon. Auxillia Nyamwoma, Directors, Heads of Departments, ward and sub county adminstrat ors as well as other government officials from both levels of govetnment.