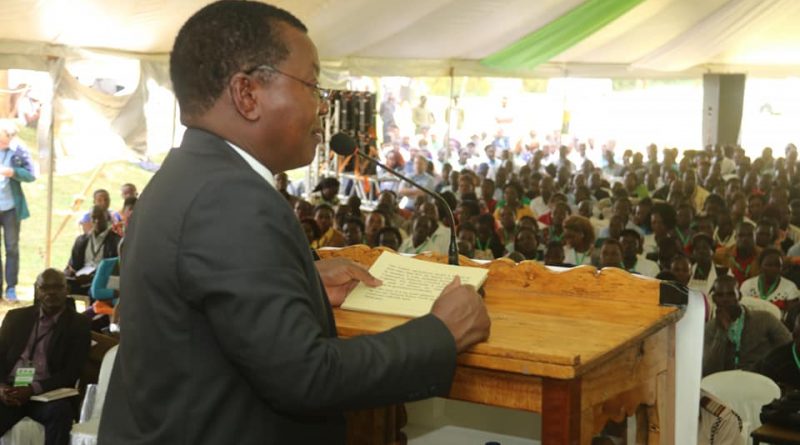 KAKAMEGA County Governor H.E. Wycliffe Ambetsa Oparanya has called on youths from Kakamega County, Western region and the country as a whole to start viewing agriculture as a potentially rich sector capable of transforming their lives for the better.

In a speech read by Deputy Governor H.E. Prof. Philip Museve Kutima during Day One of a two day Western Kenya Youths Agribusiness Conference at Bukura Agricultural Training College (BATC) in Butsotso South Ward, Lurambi sub county Kakamega County, Governor Oparanya called on the youths to desist from looking forward to the so-called white collar jobs at the expense of blue collar jobs. “Our young people should be more engaged in agricultural related practices to accelerate economic empowerment among them and create jobs for many more other unemployed youths,” he said.

The Governor said his government has allocated resources to develop dairy farming, fisheries and crop production among other sectors in line with the national government’s Big Four Agenda on food security. The conference participants – 800 youths – are drawn from Siaya, Bungoma and Kakamega counties.

Cabinet Secretary for Agriculture and Irrigation Hon. Mwangi Kiunjuri who was represented by the Director of Policy in the State Department of Crops Development Mr. John Mwanuki called on the youth to take up agriculture as an economic venture and encourage more youths to be self reliant by engaging in farming. He said the national government just like Kakamega County government has introduced subsidized farm inputs to farmers to encourage farming and urged them to employ modern techniques of farming.