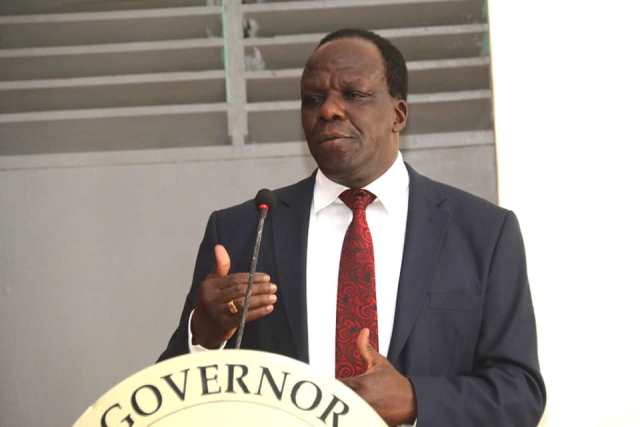 H.E. Wycliffe Ambetsa Oparanya has announced that his government has set aside Shs100 million to support micro and medium business enterprises through the newly established Kakamega Microfinance Corporation. The Corporation succeeds the defunct ‘Mikopo Mashinani’ programme which he said did not perform well due to weak institutional and legal framework.

He made the remarks today during a ceremony to assent to four bills namely; County Microfinance Bill 2018, Trade and Licencing Bill 2018, Investment and Development Bill 2018, and the Lake Region Economic Bloc Bill 2018. Besides assenting to the Bills, the Governor also presided over performance contracting signing ceremony with County Executive Committee Members and the County Secretary who is the Head of Public Service in the county government.

Meanwhile, the County Public Service Board was today declared the best performing outfit for the Financial Year 2016/2017. Congratulating the Board for an excellent performance, the Governor cautioned other departments against condoning individual non-performing members of staff as such officers negatively impacted the mean score of the entire department. The Public Service Board Chairperson Madam Rodah Masaviru received a trophy for her team’s effort. The top five performers were ranked as follows: