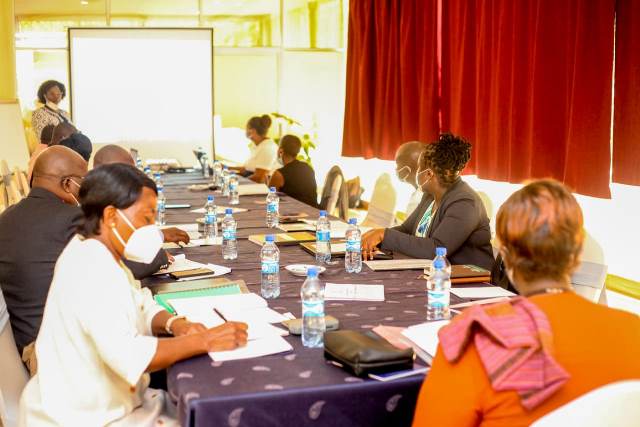 Kakamega County Revenue Agency (KCRA) has been urged to increase collection of own source revenue in the County. This was expressed by the County Executive Committee Member (CECM) for Finance, Planning and ICT Dr. Beatrice Sabana when she opened a workshop for the Agency’s Board of Directors, Tuesday morning.

KCRA, a semi-autonomous agency is tasked with collection and enhancement of revenue in the County. Since it’s formation in 2014, revenue collection in Kakamega has risen from Shs 400 million to almost Shs 2 billion.

“Revenue collection remains one of H.E Governor Wycliffe Ambetsa Oparanya’s priority projects; his administration has endeavoured to support you in achieving your objectives in accordance with the Constitution of Kenya,” she noted and reiterated the Government’s committment to reward and sanction, in equal measure, the best and poor performers, respectively.

The Chairperson County Public Service Board Madam Catherine Omweno said the board has finalised a draft organogram to guide on key policy and structural issues within the Government.

KCRA Board Chairperson Madam Winfred Wakoli recorded her pleasure on the cordial relationship between the Government and the board adding that through the implementation of human resource policies, rogue officers will be dismissed from the Agency to ensure required standards of integrity and accountability are upheld.

KCRA Chief Revenue Administrator who is also the Secretary to the Board Madam Beatrice Memo called on the County Public Service Board to safeguard the Agency from continuous movement of staff to other sectors, a practice, she noted contributes to decreased own source revenue collections.