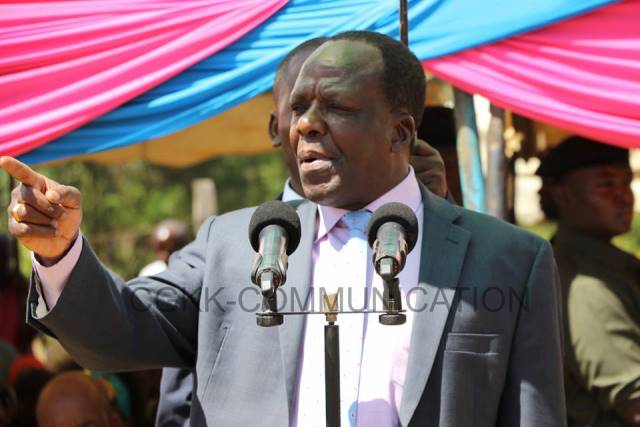 Kakamega County Governor has called on those vying for different elective positions in this year’s general elections to embrace peace and love one onether.

Governor Oparanya reinforced the need for leaders in the county to spread the gospel of oneness amongst the residents and shun unnecessary utterances which could build animosity and violence between neighbors scoring that Kakamega is the largest cosmopolitan rural county hence the reason for more togetherness. The Governor also challenged politicians to stop the fast spreading culture of capitalizing on the dead as their political forums, but instead join the bereaved to support and mourn with them.

Oparanya went on to call on residents and other Kenyans to ensure they maximize on the one month IEBC voter registration and verification exercise that rolls out in Kenya on 16th of this month.

The county boss was speaking in Matungu Sub-county on Wednesday at the funeral of a famous businessman Idris Musa Musindalo. The late Idris was one of the few contractors with capacity in Western region. Other leaders present included Lugari Sub-County MP Hon. Ayub Savula and Seth Panyako.