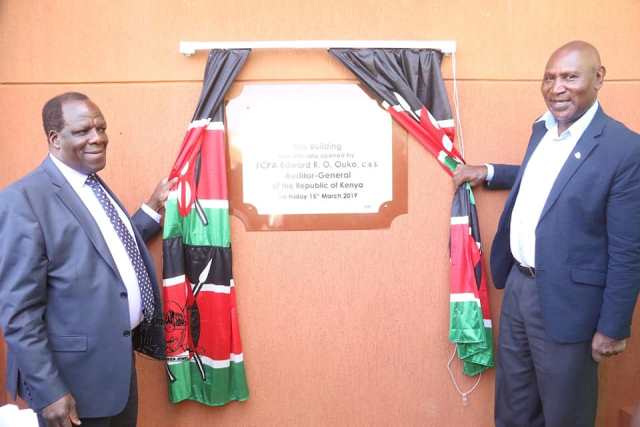 Governor Oparanya commended the AG’s office for putting up the newest structure town and added that it had greatly enhanced the County’s efforts towards beautification of Kakamega ahead of the upgrade into city status by 2022.

The County government donated one acre plot on which the building was built on a 50 year lease. “I call on other institutions & individuals to emulate the AG’s office and bring more investments into Kakamega which has plenty of land for investment,” he said. The Governor underscored the importance of the AG’s office to operate independently; separately from that of the Controller of Budget.

Auditor General Mr. Edward Ouko thanked the National Treasury for the financial support and the county government of Kakamega for providing the land. He said the office was put up at a cost of Kshs 160 Million.