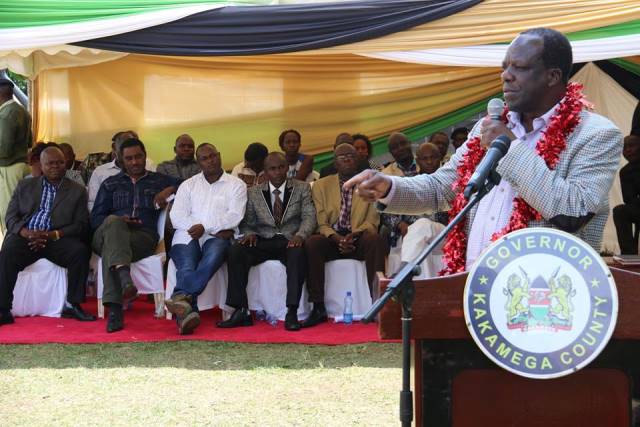 Kakamega Governor H.E Hon. Wycliffe Ambetsa Oparanya today stated clearly that his office surpasses political parties’ boundaries. Speaking today during a special offertory drive in aid of St. Gabriel’s Emuhuni Catholic Church’s project of refurbishing the holy place in Navakholo Sub-County, Governor Oparanya explained to the congregation his decision to work with all Honorable Members of National and County Assemblies from Kakamega County and other like minded people saying this has proved development across the county. Governor Oparanya reinforced that unity between leaders of both national and county governments is not only a constitutional requirement but a positive leadership strategy that would benefit more the locals than when in a divisive environment. The Governor was responding to critics who are against this move reminding them that respecting both levels of government does not translate into shift of political affiliations or ideologies.

Governor Oparanya appreciated the sponsorship offered to education by faith based institutions and in a special way thanked Emuhuni St. Gabriel Catholic Church Parish Priest Fr. Henry Sifuna for his teachings of uniting the church. The Governor asked the congregation to turn up in large numbers in a government rally to be staged in the area soon, pledging to bring Sh2.5Million to St. Gabriel Emuhuni Primary school for structures development.