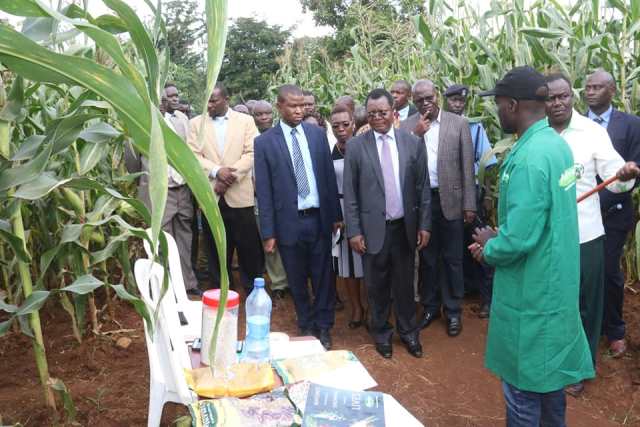 Speaking during an agricultural stakeholders forum at Bukura Agricultural Training College (BATC) Prof. Kutima said the government has ably funded the agricultural sector in this year’s budget to ensure food security in the county. He said the ministry of agriculture, which he is incharge, has diversified the agricultural sector by supporting and encouraging farmers to venture into other forms of farming such as tea, banana and dairy farming as well as poultry rearing among others to reduce over-dependence on crop farming. He assured the farmers of the government’s commitment to transform their lives by employing use of new technologies and innovations to revamp the sector. The deputy governor announced that due to delays occasioned in delivery of top dressing fertilizer this year, those who qualify to supply the fertilizer next year will have to set up a blending factory in the county to ensure timely delivery of fertilizer to residents. Prof. Kutima also thanked GIZ and other partners for being steadfast in supporting the county government programmes.