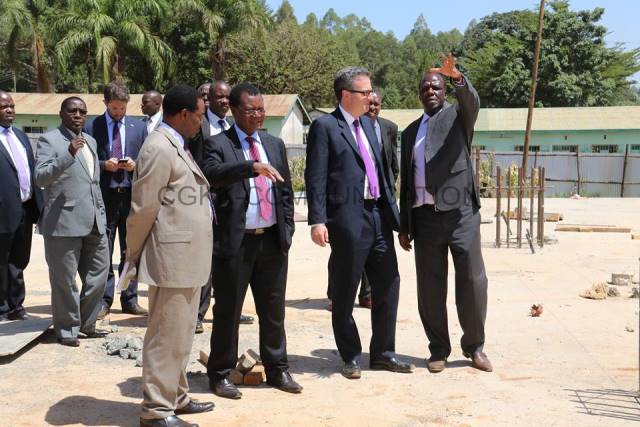 The two leaders called on adult Kenyans to turn up in large numbers to register as voters, and went on to remind Independent Electoral and Boundaries Commission (IEBC) to ensure a free and fair electoral process in this year’s general elections.

H.E Governor Wycliffe Oparanya expressed his dissapointment over the low number of voter turnout across the county as reported by Ward Administrators.

Oparanya announced that he will be launching officially a revamped Kakamega County Voter Registration Exercise at the Kakamega Town Bus Park on Wednesday at 11am to encourage residents and other adult Kenyans to register in large numbers.

H.E Nic Hailey also stressed his government’s support for a free, transparent and credible election in Kenya and other parts of the world.

Later on Governor Oparanya took his guest to view and inspect the ongoing works at the Kakamega County Teaching and Referral Hospital, a mega project that on completion cost the government Shs.6B.

Commissioner Hailey was impressed with the Governor’s plan and vision for the people of Kakamega County and wished him well as he steers devolution the right way across Kakamega County.