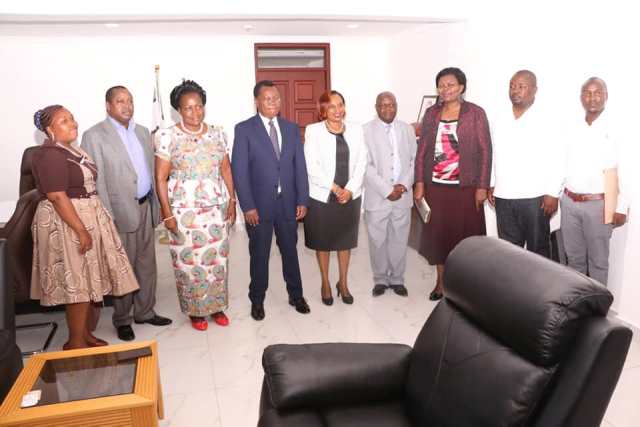 The senior officers from the Commission, also referred to as ‘Office of
the Ombudsman’ are in the county to investigate the cause of a stampede
at Kakamega Primary School where 15 pupils lost their lives
and many others sustained injuries.

H.E. the deputy governor welcomed the chairperson, Hon. Florence Kajuju and her team to Kakamega and assured them of the county government’s support as they embark on investigations.

“Kakamega community has heavily invested in this school and it is our wish that your investigation as well as those by other government agencies leave no stone unturned,’’ Prof. Kutima said.

Kakamega Primary School has a total population of 3,128 pupils.

Hon. Kajuju said her commission will be, apart
from carrying out an analysis about what really transpired on
that fateful evening, looking into what can be done to prevent such incidents from occurring in future in other institutions in
the country. She lauded the County government for being among the two
counties nationally with a functional Ombudsman’s office.

Later, the CAJ team with county government officials and Hon. Mwamto visited the school on a fact finding mission.