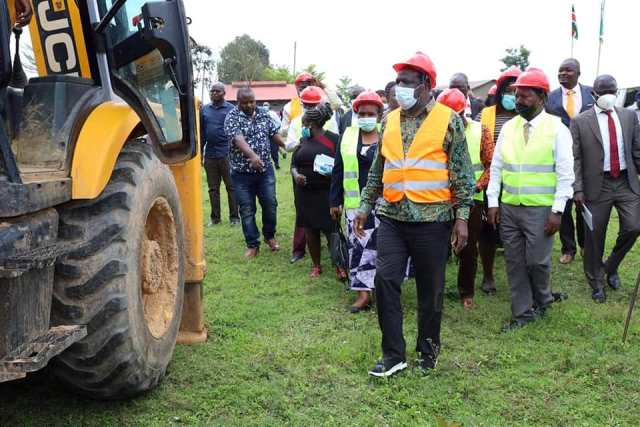 Kakamega County will soon host the first Gold Refinery Plant in the Western region. This is after H.E the Governor Dr. FCPA Wycliffe Ambetsa Oparanya Monday presided over a groundbreaking ceremony for construction of the plant at Lidambitsa grounds in Ikolomani Sub-County paving way for the works to begin.

In his speech during the event, Governor Oparanya said, historically, Kakamega has old mining sites dating back to 1930s to date making it one of the counties with registered gold occurrences countrywide.

“According to a survey conducted by one of the leading mining companies, after a successful five year Gold prospecting in Kakamega, there exists an estimated 1.1 million ounces of Gold occurrence at Isulu, Bushiangala and Rosterman, making Kakamega a commercially viable County for gold mining activities,” Governor Oparanya said.

The County boss added that the company also discovered high grade gold deposits at the Lirhanda corridor, whose grade is one of the highest in Africa, estimated at more than Ksh 170 billion. Once operational, Governor Oparanya said, the Refinery will process Gold mined by Artisanal miners in Kenya as well as small and large scale mining companies in East Africa.

Mining activities have sustained a significant proportion of residents for many years by providing a source of livelihood for the people engaged in mining and their dependents.

“As we celebrate the gains made so far, I wish to caution that this sector is riddled with brokers and middlemen who are exposing our artisanal miners to exploitation,” the Governor advised.