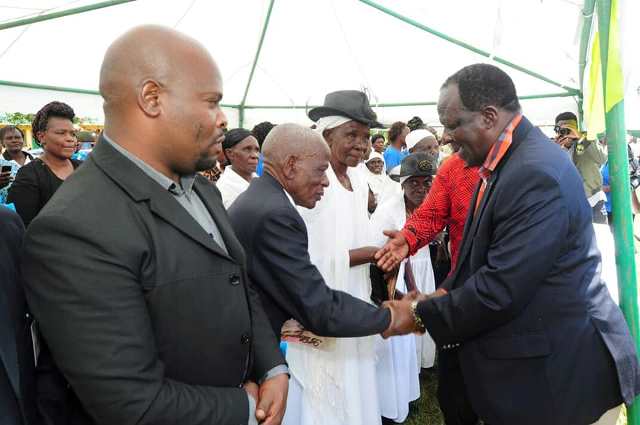 Speaking during the funeral service of the late Mzee Henry Nambaka Lunywere at Ingusi Musanda Ward, Mumias West sub county, Kakamega County, Governor Oparanya said the devolved units should be allowed to take full responsibility in the agriculture docket because the sector is devolved. “The only way to push for the revival of these ailing sugar companies in western region is to allow counties to be incharge of the firms and to empower and appreciate the farmers, ” he said. Governor Oparanya expressed optimism that this week’s meeting between Governors from the lake region and the President on revival of the sugar sector in the region will yield positive results. He however called on the national government to pay off the huge debts Mumias Sugar Company owes various stakeholders including farmers and to stop interfering with the public firms.