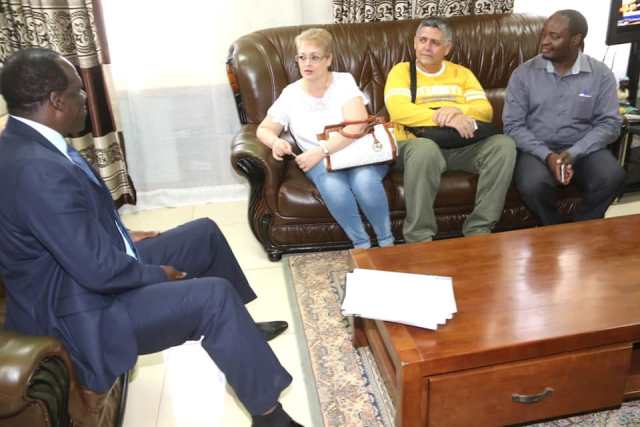 KAKAMEGA County Governor H.E. Wycliffe Ambetsa Oparanya has welcomed the two doctors from Cuba deployed to Kakamega county by the national government to assist the already working medical personnel as the government embarks on provision of universal healthcare to citizens in line with the governor’s agenda.

The two, an ICU specialist and a family doctor, who are part of a team of specialists in Radiology, Intensive Care Unit (ICU), Surgery and Neurology among other areas of medical specialization are among the 100 specialists already deployed to all the 47 counties in the country. Speaking when he received the doctors in his office Monday afternoon, Governor Oparanya said the doctors will fill some of the gaps existing in the health sector. He said the Cuban medical system was better compared to the Kenyan system and thus the country’s medical personnel and residents stand to benefit with the partnership. The Governor said Kakamega county has aligned implementation of its key major flagship programmes to the national government’s ‘Big Four’ Agenda of Affordable Housing, better Health Care, Manufacturing and Agriculture to ensure wananchi receive the much required services without duplication.

He stressed his government’s commitment to equip the health facilities in the entire county with better equipment, health personel and drugs as well as providing NHIF cover to the elderly and vulnerable members of the community to cushion them from hospital costs.