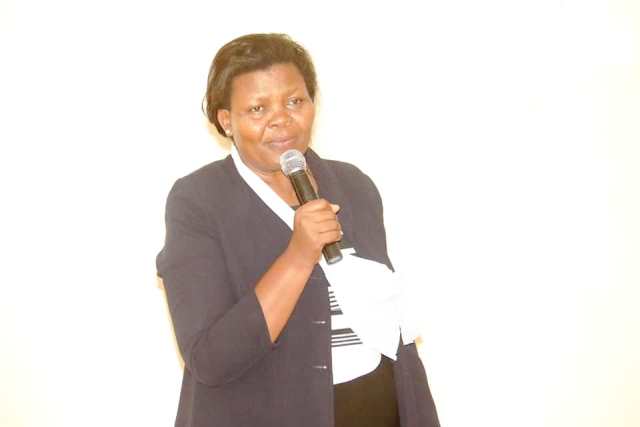 The County government of Kakamega has taken measures aimed at addressing spiralling crime in the community. Some of the steps include creating job opportunities for the youth.

The County Secretary and Head of Public Service, Madam Jacinta Aluoch Odhiambo said this today when she officially opened a three day workshop for key players in County and National security agencies within the framework of the national strategy to counter violent extremism.

Madam Jacinta who represented H.E. the governor at the function held at Kakamega Golf Hotel, emphasized that there would be no development without peace and security.

She noted that over 3,000 youths who have been absorbed into the County Youth Service and Women Empowerment Programme as well as the large number of newly recruited Community Area Administrators go a long way to ease social and psychological pressures in the society which contribute to anti-social behaviour.

In his remarks, Kakamega County Commissioner, Mr. Abdilrazak Jaldesa expressed concern over the high incidence of crime in the County including defiling, lynching, murders, rape, drug abuse and suicides.

The Commissioner also cautioned wananchi in the County to always remain alert saying perpetrators of terror usually target vulnerable groups such as students and children for their radicalization agenda.

“There are many dysfunctional families in the County who need rehabilitation and care. Since Kakamega is not immune to terror, we need to be vigilant and ahead of their evil schemes,” he said.