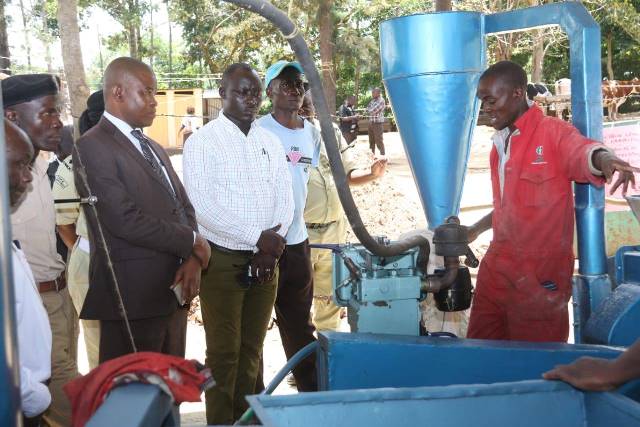 Kakamega County joined the rest of the world in marking the World Food Day with a call to farmers to fully participate in all aspects of agriculture production in the county by utilizing the county government sector support initiatives.

This year’s county celebrations were held at Elwasambi, Lubinu-Lusheya ward, Mumias East sub county where the deputy governor who is also the CECM for Agriculture, Irrigation, Cooperatives & Fisheries H.E. Prof. Philip Museve Kutima called on farmers, in his speech read by the Chief Officer for Agriculture Mr. Jeremiah Namunyu, to embrace sustainable land and environmental conservation initiatives terming them key to success of the agricultural sector.

Agriculture Chief Officer Mr. Jeremiah Namunyu on his part rallied farmers to plant sugarcane saying they will be supported on cane development by the county government of Kakamega. This years event themed “Our Actions are Our Future and Healthy Diets for A Zero Hunger” was held on the farm of Eng. George Otipa.