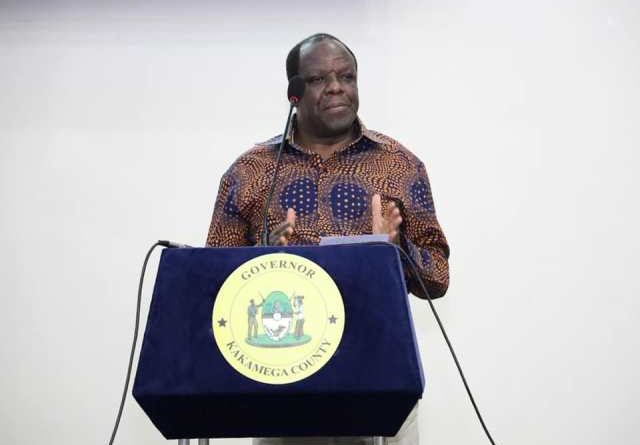 Kakamega County Governor H.E FCPA Wycliffe Ambetsa Oparanya has instructed the Ministry of Water, Environment, Natural Resources and Climate Change to ensure all learning institutions in the County are connected with clean and safe drinking water as schools prepare to re-open after an 8 month break in a bid to manage the spread of Corona Virus 2019.

Governor Oparanya made the communication on Wednesday morning during Day ll of the County Executives and members of the County Budget & Economic Forum (CBEF) workshop, convened by the Ministry of Finance, Planning and ICT to review the County’s Annual Development Plan, Finance Act and CBROP documents.

The Governor observed that the regular handwashing protocol issued by the Ministry of Health has to be adhered to by all institutions as a measure of preventing the spread of the virus in learning institutions.

“The speed at which you are implementing this water connectivity programme should be enhanced; you have to re-strategize if we are to achieve the objective of connecting all households within the next one year,” the County boss said.

He noted that the water sector in the County has several actors performing same roles and called on the relevant County departments to streamline their operations by synchronizing their activities.

Kakamega County Government established the County Urban Water and Sanitation Corporation (KACUWASCO) that is tasked with water connectivity in the two municipalities of Kakamega and Mumias as well as the County Rural Water and Sanitation Corporation that is charged with supplying the essential commodity in rural areas. In addition to the two, the County is also home to the Lake Victoria North Water Agency that is mandated to develop water and sanitation infrastructure on behalf of the National Government.

Governor Oparanya said water agencies at both levels of government should coordinate well and develop a proper working mechanism to prevent duplication of projects. He instructed the County Executive of Water Mr. Kulati Wangia to urgently convene a meeting of all the water sector players within Kakamega County to harmonise delivery of services to the residents.

Furthermore, H.E the Governor who is also the Chairman of the Council of Governors (CoG) said all County water projects that are powered with electricity must be converted to solar power to cut on costs.

He reminded the Executives that he entrusts his Deputy, H.E Prof. Philip Museve Kutima, with powers to make key decisions whenever he is away on official duties and called on staff to accord Prof. Kutima maximum support.