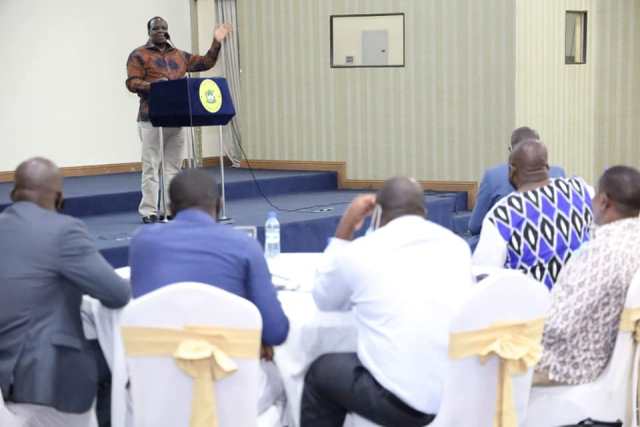 H.E Governor Wycliffe Ambetsa Oparanya has signed into law the Finance Act 2020. The document that is enacted every Financial Year is a requirement of the Public Finance Management Act and it enables Government to collect revenue from businesses operating within the County and for the services rendered by the Government.

The Governor has prioritized own source County revenue collection triggering its rise to over Shs1 billion in the previous Financial Year.

Speaking after the assent, he said Kakamega has a potential of collecting the targetted Shs2.1 billion this Financial Year as own source revenue.

The Finance Bill document lists all revenue streams from which the Government will generate revenue within the County.

Meanwhile, the County boss has called for immediate decentralization of financial management to the Sub-County level to increase absorption of funds. He said County Administration is a strong pillar of the Government that must be strengthened to enhance service delivery.

“Sub-County administrators must be involved in the implementation of Government projects as they are the custodians of these programmes at the grassroots,” he added and directed for a healthy inter-departmental relations within the Government.

FCPA Oparanya who has established a strong governance system upto the village level assigned the CECM for Public Service and Administration Madam Rodah Masaviru to instill discipline and professionalism in the Administrators as well as the County Enforcement officers.

“Acceptable behaviour must be promoted within the system; all Enforcement and Revenue Collection officers must from now henceforth don attires with a clearly labelled service numbers and names for ease of identification by the public and fellow Government officers,” he said.

The Deputy Governor H.E Prof. Philip Museve Kutima, who has been delegated supervisory roles of all ministries by Governor Oparanya, urged County Executives to dedicate their time to actualize the Governor’s Manifesto.

The two day meeting was attended by senior Government officers.