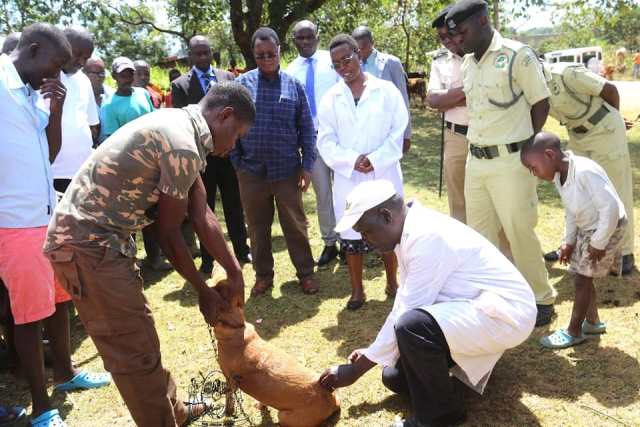 The County Government of Kakamega has stepped up efforts to ensure the county is among the leading food baskets in the region and the country.

The deputy governor who was concurrently inspecting an ongoing vaccination exercise of cattle against lumpy skin and foot & mouth diseases in the sub county called on farmers to stop overelying on one cash crop but to instead diversify agricultural production.
Animals in the entire sub county of Shinyalu were vaccinated against rabies, foot and mouth and lumpy skin diseases. The vaccination exercise will be carried out in all the remaining 10 sub counties.

In attendance was the Chief Officer for Livestock, Fisheries & Veterinary services Dr. Kelly Nelima and her Agriculture, Irrigation & Cooperatives counterpart Mr. Jeremiah Namunyu among others.