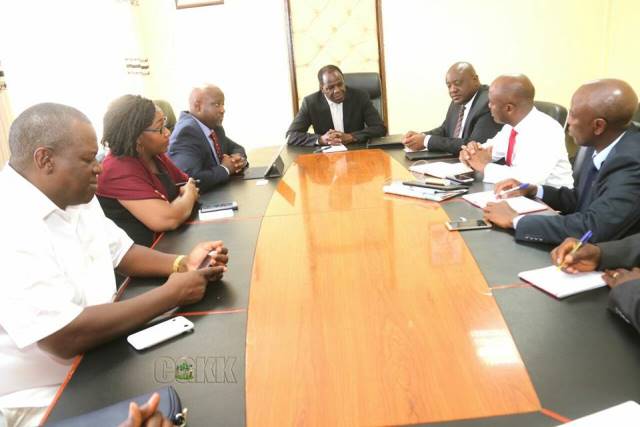 Governor Wycliffe Ambetsa Oparanya today hosted teams from the Housing Finance Company (HFC) and the United Bank of Africa (UB-A) at the county headquarters as the government stepped up efforts to provide better and affordable housing for its fast rising urban populace.

The Governor who took time to personally show the visitors around some of the earmarked construction sites, noted the need for more middle class and high-end houses to cater for the increased middle class population. He announced that the ground-breaking is slated for May 2018.

United Bank of Africa Managing Director Mr. Isaac Mwige lauded the government’s move saying it will go a long way in improving the economy of Kakamega town and environs.

In the elaborate partnership, the county government allots land as HFC provides mortgage for the scheme. United Bank of Africa on the other hand will finance the construction. Apart from Kakamega, the county government is also doing spartial planning of Mumias town and other urban centres to ensure developing towns conform to the required standards and design.