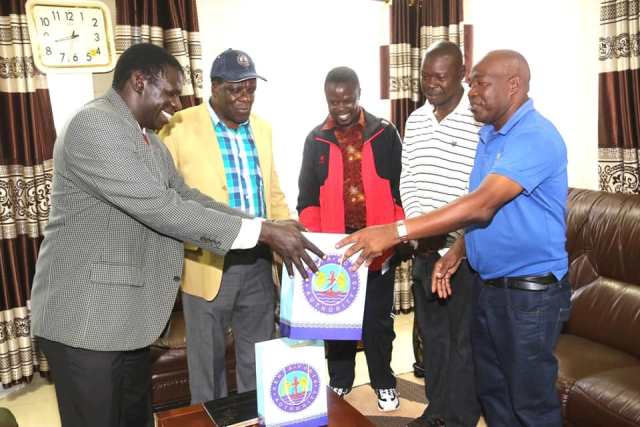 H.E. Governor Wycliffe Ambetsa Oparanya has lashed out at Members of Parliament for rejecting a report on importation of contaminated sugar into the country.

Speaking during an interview on a national TV station, Governor Oparanya said yesterday’s incident in Parliament where the Hon. Kanini Kega’s led committee report was shot down by legislators is a clear indication of corruption fighting back. He said this was the clearest manifestation of existence of sacred cows which paints parliament in bad light. He said the 14 governors from the Lake Region Economic Bloc had presented recommendations to the President on what is required to revive the ailing sugar sector in the Western Region, among them putting in place proper importation regulations through reinstatement of the repealed Sugar Act, establishment of a committee to handle sugar importation whenever necessary and complete devolution of agriculture including public sugar factories. He said agriculture being the mainstay of the region’s economy, counties should play a more active role in the sector and the national government should take over the Shs84 billion owed to farmers and suppliers, in addition to giving incentives to farmers to produce more effectively. He also said the land acquired from farmers in Mumias should be insulated from privatization.

Earlier on H.E. the Governor hosted the Kenya Communications Sports Organization (KECOSO) Council members led by governing council Chairman Cyril Wayong’o in his office ahead of the official opening of KECOSO games tomorrow at Bukhungu stadium. The Governor also inspected a new county bus and enforcement landcruiser vehicle purchased by the government to offer transport services to staff and the enforcement officers respectively.