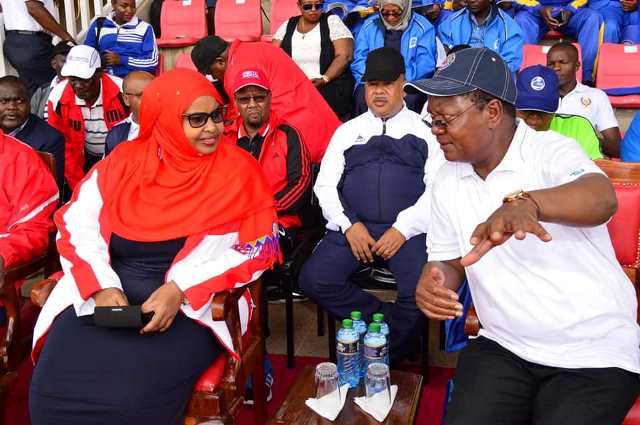 Kakamega County Deputy Governor H.E. Philip Museve Kutima who represented the Governor and read his speech, welcomed the guests and participants to Kakamega for the sports festival and thanked the organisation’s governing council for choosing the county as the host to this event that brings together various public agencies from the Ministry of Information and Communication as well as the Ministry of Transport, Infrastructure, Housing and Urban Development. The Governor promised his support to ensure its successful completion adding that Kakamega as a county has produced polished sportsmen who have represented the country in international competitions in various sports disciplines such as Soccer, Rugby, Athletics and Volleyball among others.

H.E. the Governor said his government was committed to developing sports facilities and talents to ensure the youth are engaged in diverse sports activities in line with the government’s objectives of creating employment opportunities. “We have moved with speed to ensure our rich sports talent is tapped and nurtured from the grassroots level so as to enhance the county’s socio-economic status,” he added. He announced that the second phase upgrade of Bukhungu stadium into a world class sports facililty is soon to begin after Kakamega County Assembly approved this year’s budget with an allocation of nearly half a billion being directed to the Department of Social Services, Culture, Youths and Sports for upgrade of the county’s sports facilities.

In his speech delivered by Broadcasting and Telecommunications Principal Secretary Fatma Hirsi, Information and Communications Cabinet Secretary Joe Mucheru thanked the county government of Kakamega for supporting the competitions. The CS said he recognizes the value added by sporting activities to both government and individual officers and expressed optimism that the competitions will continue to produce champions competing globally in all disciplines at the international stage such as All Africa games, Olympics and the World Athletics among others.