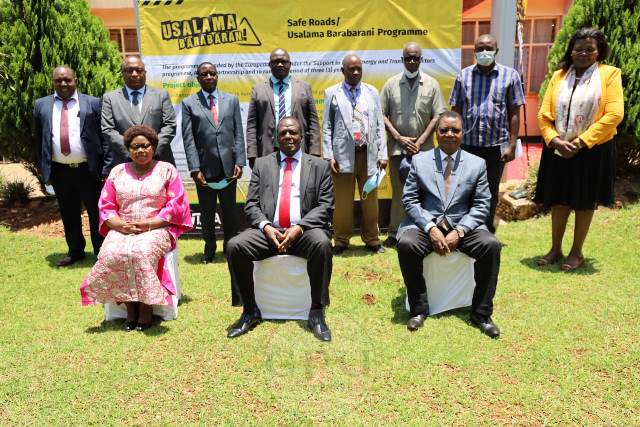 He said most road accidents are being caused by boda boda riders who lack basic road safety knowledge.

“My Government is ready to partner with NTSA to train our youths on road safety measures to reduce road accidents and fatalities,” said Governor Oparanya.

He was speaking during the launch of Usalama Barabarani Programme in the County,

The programme geared towards ensuring road safety in the country is funded by European Union (EU) and piloted in six counties which include Nairobi, Nakuru, Makueni, Kisumu, Kericho and Kakamega.

Governor Oparanya also urged NTSA to consider having refresher courses for all drivers to update their driving skills.

“Road signage is something we should also focus on so that motorists can be able to understand the roads they are using,” he said.

He appreciated funding by EU for the Programme but asked the donors to consider extending the funding to accident victims recovering in hospitals and at their homes.

“Most of the accidents victims suffer because of lack of money to pay their bills or buy support equipment such as crutches among others and EU should consider them in the programme,” said the Governor.

He asked the County Transport and Safety Committee to be vigilant and ensure traffic regulations are followed to the later and those who break the rules are punished.

He noted that motorists have been notorious in violating traffic rules leading to increased road accidents claiming lives on innocent people.

He regretted that blackspots in the County which include Kaburengu junction, Kipkaren, Isiukhu bridge and some spots along Mumias road had claimed many innocent lives.

“Careless driving has been a major cause of road accidents. I urge road users to be careful and observe traffic rules always to avert some accidents that are caused by human error,” said H.E Prof Kutima.

She said of this road carnage, boda boda accidents account for 40%.

“These accidents strain our health facilities because every hospital has been forced to establish atleast a ward that specifically attends to accident victims,” said Madam Odhiambo.

She said the Usalama Barabarani Programme targets to improve safety on roads to reduce fatalities.

County Secretary and Head of Public Service Madam Jacinta Aluoch noted that transport is a devolved function and the County Government is committed to supporting the Programme to ensure road safety in the County.

Mr Geoffrey Omulayi CECM for Roads, Transport, Public Works and Energy appreciated NTSA for choosing Kakamega as a pilot County for the Programme.

CECMs, Chief Officers and other senior officers from the National and County Government were present.