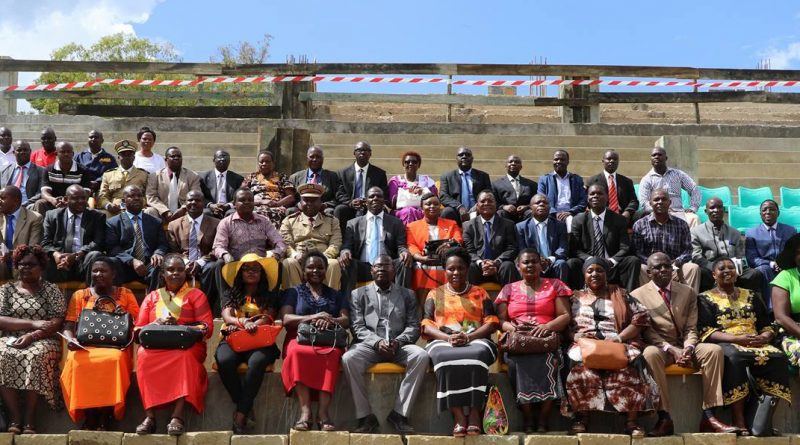 Addressing the cheerful residents on fruits of democracy and self rule, Governor Oparanya called on the National Government to pump more resources in the health sector so as to enable county govermments manage this devolved function effectively. This, the Governor said will help bring to an end the rampant strikes witnessed in the country by the health practitioners which has caused negative effects to innocent Kenyans.

On security matters, Governor Oparanya condemned in the strongest terms possible the recent shocking incidents that occurred in Mumias West Subcounty where goons stormed Booker Police Post and stole seven guns and rounds of armunations, and the subsequent indiscriminate brutalization of the area residents by the police officers which occasioned extensive damage to property, severe injuries and loss of life in pursuit of the bandits and the stolen firearms. The Governor however commended the public for collaborating with the police in ensuring that all the guns were recovered. Oparanya called on the National Government to compensate all the victims of this incident, once the Independent Policing Oversight Authority concludes their investigations and presents a comprehensive report.

Governor Oparanya applauded the development so far achieved by his government since the inception of devolution in all the ten sectors and announced the 5th March 2017 as a County Prayer Day and the date that he will extensively showcase his performance against his manifesto for the people of Kakamega County. This event will be preceded by the County Education Day in February where county ECDE Assistants will officially be recognised as county teachers on permanent and pensionable terms, after the court ruled in favor of the Governors in a case where the National Government had questioned and challenged the hiring of the tutors by county governments.

Kakamega County Commissioner Kangethe Thuku, after delivering the President’s speech, called on the residents to observe peace as the nation enters electioneering period in 2017. The Commissioner urged the residents and all leaders in the county to work closely with security agents in maintaining law and order for efficient public service delivery.

Jamhuri Day was equally celebrated in all the twelve Subcounties of Kakamega County.