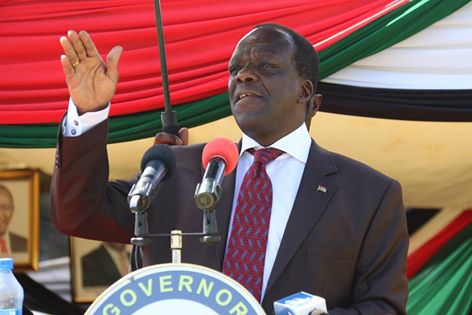 Addressing the public during the celebrations, Governor Oparanya enumerated the strides his government has so far achieved in the last three years of devolution in all the ten sectors of his Cabinet, ranging from The One Cow Initiative Program, Kazi Mashinani Program, Mikopo Mashinani Program, the Ten kilometers per ward Projects, The Governor’s Cup Tournament, Development of 242 ECDE Centers, Building and upgrading facilities in 27 Primary Schools, 42 Secondary Schools, 52 County Polytechnics, 545 Board of Management top up teachers, 1,000 ECDE Assistants, Street Lighting Project, Building, upgrading and equipping County and Sub-County Health Facilities, among others.

The Governor urged residents to engage all public officers, especially County Administrators, Hon. Members of County Assembly and other Hon. Leaders holding elective positions in Kakamega County to explain clearly the fruits of devolution they have delivered in the last three years as fought for by our fore fathers 53 years ago.

The Governor challenged leaders who boast for bringing development money to the county to read the constitution on revenue allocation and stop misleading the public.

Kakamega County Commissioner Thuku Kang’ethe, who read H.E The President’s speech, thanked H.E The Governor for his mutual working relationship with the National Government which made him settle fast in office and started serving the public on the first day he reported on duty three months ago.