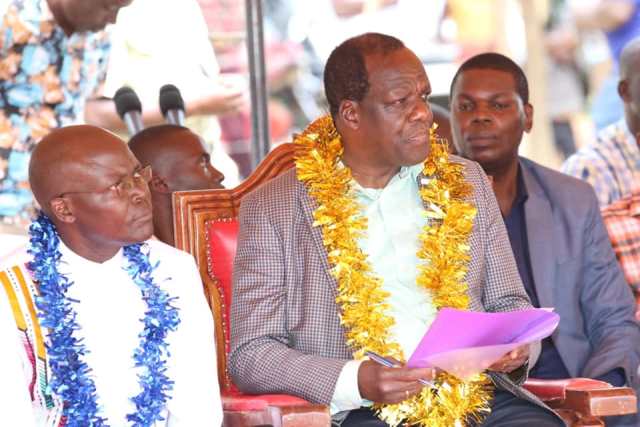 H.E. Governor Wycliffe Ambetsa Oparanya has reiterated his call on county residents and Kenyans to participate fully in the 7 day National Census excercise scheduled to begin on 24th August, 2019. He appealed to county residents living outside Kakamega to come back home within the seven days so as to contribute to the county’s population database which he said will determine the size of Kakamega’s allocation from the shareable national revenue.

The Governor said this today when he attended the funeral of his aunt, the late Mama Martha Ondeche, a renown farmer, at Ebulechia B in Mabole Sub-location, Butere Sub-County.

Governor Oparanya asked parents to ensure their children go to school through all available levels from ECDs to higher learning institutions. He also asked them to acquire technical skills together with their sons and daughters at County Polytechnics and other tertiary institutions.

The Governor’s own project of constructing 8 new classrooms and other blocks at his former school, Mabole primary, has already commenced.The Governor plans to host his friends for a funds drive in aid of this project. The county government’s ECDE classrooms project is also underway.

Still on education, the Governor applauded Mabole Boys once again for leading the county in last year’s national examinations. He challenged the school to excell this year as well, light-heartedly cautioning that other schools in Kakamega were equally eying the coveted position.