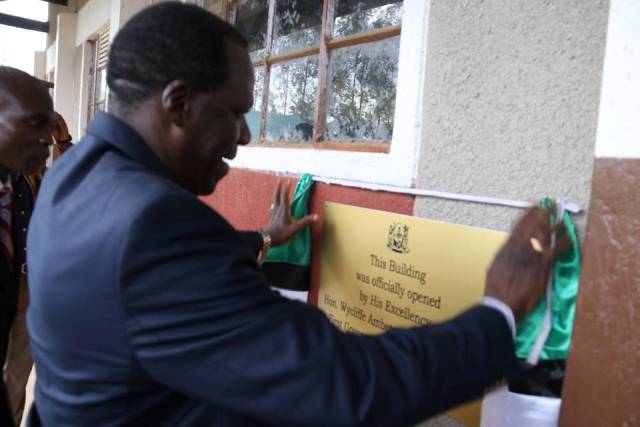 Residents of Kakamega County who have surpassed the age to acquire national identification cards can now breathe a sigh of relief after Kakamega County Governor H.E Wycliffe Ambetsa Oparanya announced that he will pay the required fee of Kshs.300 for all of them. Governor Oparanya said he had discussed the matter with national government administration officers in the county to avail to him the lists of all residents who have not acquired their ID’s because they can’t raise the fee for late registration. This, the Governor added, will boost the efforts being made by the Independent Electoral and Boundaries Commission (IEBC) in seeing to it that residents get voters cards in the second phase of voter registration exercise.

Governor Oparanya was accompanied by Nominated Senator Hon. Godliver Omondi, other officers from the national and county governments, Hon MCAs among other dignitaries.