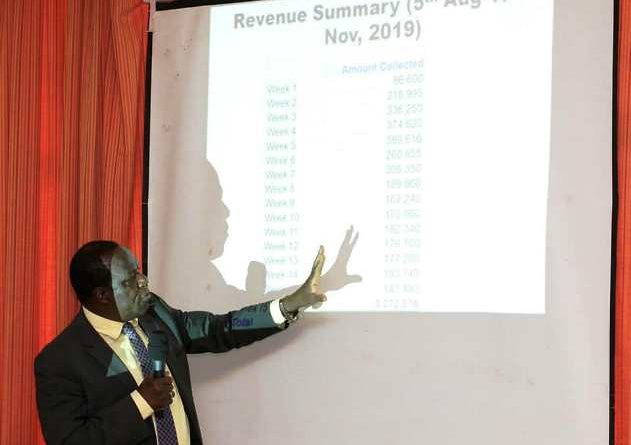 County government officials have been directed to present pending bills in their departments during monthly performance meetings and come up with ways to resolve them.

“Show absorption rate as per the budget. By the end of December you should have achieved 50% absorption across the board,” he said adding that procurement department should be alert to facilitate the process.

The governor emphasized that each department should accelerate expenditure on projects as per budget proposals because that is what governments are established to do – to spend and deliver services, not to make profits.

He also urged county government officials to be acquainted with their priority areas and assess the effectiveness of service delivery in their respective departments.

“It is important that CECMs, Chief Officers and Sub-county Administrators hold weekly meetings at departmental level for the purposes of briefing the staff on the county’s activities,” said the governor.

He said following the livestock quarantine which was announced earlier by the deputy governor H.E. Prof. Philip Kutima who was in attendance, commendable efforts were underway to vaccinate livestock in Lugari, Malava and Mumias East Sub-counties.

“Other Sub Counties will be covered in due course, he said.