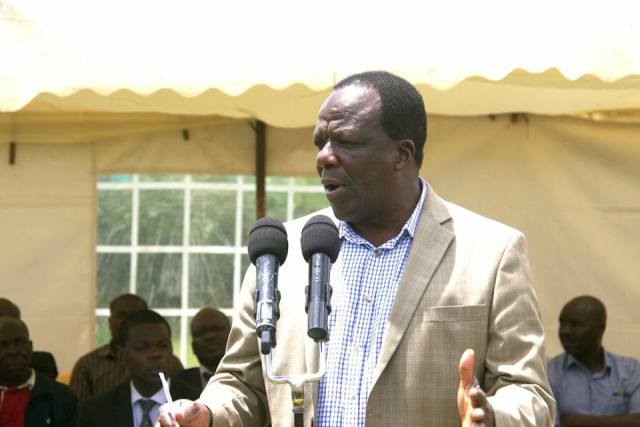 H.E Governor Wycliffe Ambetsa Oparanya today paid his last respects to mzee Gabriel Nambemba of Isukha West Ward, Shinyalu sub county. The late who was father to Allan Nambemba, a close friend of Governor Oparanya, was diagnosed with Hernia in 1994. After treatment he recovered only for the condition to reoccur in 2016. Since then (2016) he has been in and out of hospital until his demise.

H.E Governor Oparanya eulogised him as an astute servant of the people who devoted his time, energy and resources on empowering the community. He called on the mourners to emulate him.

On national matters, Governor Oparanya said recent developments in the Independent Electoral and Boundaries Commission (IEBC) are a result of the last general election adding the electoral body has to ensure a free and fair process in subsequent election(s). He however called on residents to exercise restraint as it is a passing process but their lives and well being matter most.

On the upcoming 5th Annual Devolution Conference to be held in Kakamega County from 23-27th April 2018, Governor Oparanya urged residents of the county to invest in the hospitality and hotel industry in future. He said the over 6000 delegates will boost the economy of Kakamega as residents directly benefit from an upsurge in population and economic activities for an entire week.

The Governor was accompanied by CECM Public Service and Administration Dr. Beatrice Sabana and Members of Kakamega County Assembly led by Majority leader Hon. Joel Ongoro among other leaders.