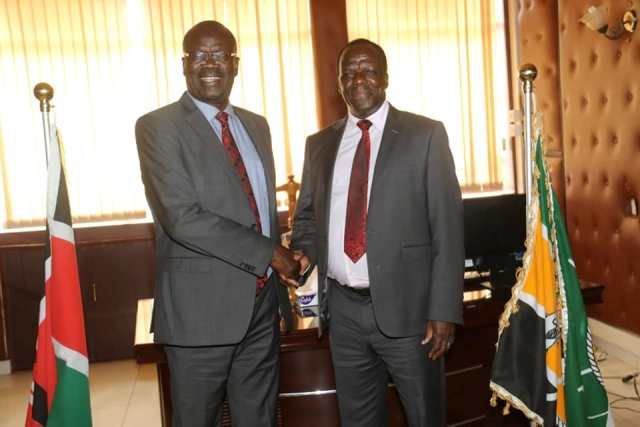 Speaking during the event, chief guest, Governor Oparanya lauded the host county for promoting innovation and technologies in agriculture and trade. He said the Lake Region Economic Bloc counties where Siaya County is a member have a great potential of growing their tourism, transport and hospitality sectors among others if the bloc’s development agenda is fully adhered to. He called on all member counties to remain united as a way of attracting investments in the region.

Governor Oparanya cautioned Elgeyo Marakwet Senator Kipchumba Murkomen against dragging the name of the RT Hon. Raila Amolo Odinga into Mau Summit evictions adding that leaders should stop politicizing matters of national interest such as conservation of the essential water catchment areas in the country.

Siaya County governor H.E. Cornel Rasanga said his government has prioritized on value addition mechanisms in agriculture to improve on productivity. He said the county has already put in place youths’ friendly innovations to encourage involvement of young people in agriculture.