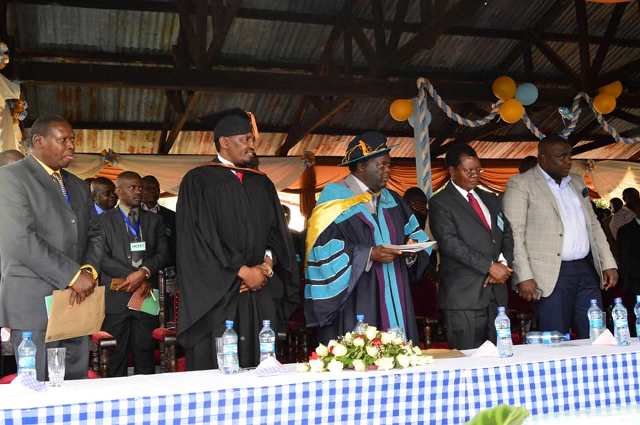 Kakamega County Deputy Governor H.E. Prof. Philip Museve Kutima who was present thanked the CS for gracing the occasion and extended his appreciation to President Uhuru Kenyatta for his recent efforts towards revival of the ailing sugar sector in Kakamega and the other neighbouring counties. Prof. Kutima said the county government was currently implementing the 2014 task force reports in education and agriculture sectors that recommended massive restructuring of the sectors. Once fully implemented, he said, Kakamega county’s economy will transform to the better.

He said Bukura A.T.C has continuously played an essential role in development of Kakamega county, western region and the entire country as a middle level institution by offering advanced training programmes in agriculture. He added that the county government has partnered with Bukura Farmers’ Training College in setting up smart dairy farm at the institution to improve milk production in the county.

The event saw award of Diplomas and Certificates to hundreds of graduands.