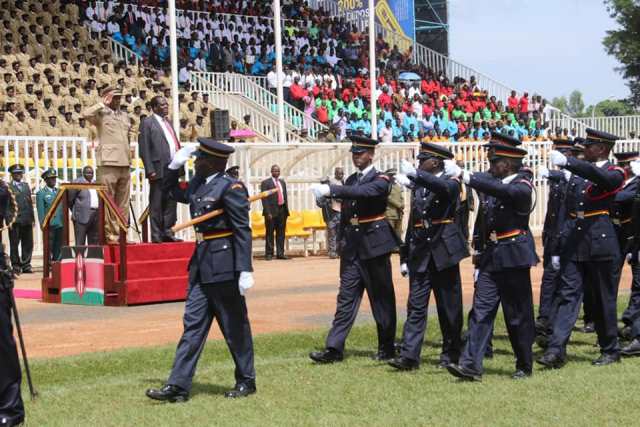 Kakamega Governor H.E. Wycliffe Ambetsa Oparanya has said his government will be reorganized early next year to offer better services to the public. The governor who was addressing wananchi at Bukhungu Stadium on the 55th anniversary of Kenya’s independence also said his administration will carry out a head-count of all county government workers in January 2019.

The exercise, he said, will be undertaken alongside verification of their academic qualifications. Governor Oparanya who was accompanied by First Lady, Priscilla Oparanya, Deputy Governor H.E. Philip Museve Kutima and County Commissioner Mr. Abdiruzak Jaldessa further said the Finance department under his government will streamline procurement and finance management systems in order to improve the integrity of the county public service.

He also presented merit certificates to the county’s best performers in KCPE for the past four years as well as music and cultural teams that scooped the best overall trophy in the recently concluded Kenya National Music and Cultural competitions in Meru. Kakamega County has produced the best candidate(s) nationally for four years running in KCPE and consequently emerged best overall nationally in the music and cultural competitions for five years in a row.