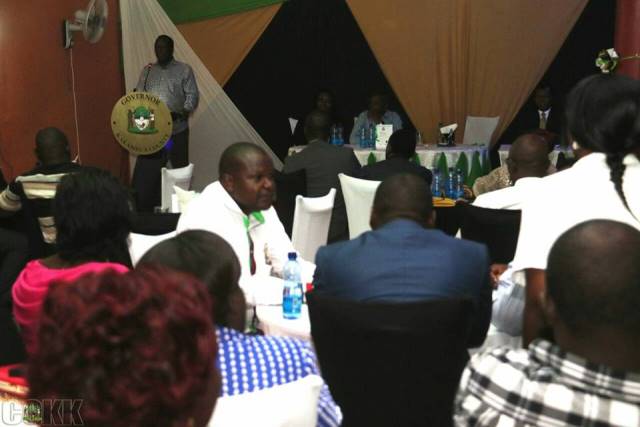 Kakamega Governor H.E Hon. Wycliffe Ambetsa Oparanya on Friday hosted the County Executive Members to a colourful dinner in honour of the first successful term of the devolved system of government in Kakamega County under his able leadership.

Speaking during the event held in a hotel in Mumias Town, the Governor thanked all the County Executive Members and their Chief Officers for their tireless dedication in serving residents, despite afew challenges they encountered when in office.

As pioneers of devolution, Governor Oparanya called on all the outgoing executive members to hold their heads high in their future endeavours and proudly celebrate their positions in the society as being the first architectures of the structures and policies that will forever remain the historical foundation of governance in Kakamega County.

The whole county now awaits for next week on Wednesday when the Governor will officially name the team which will take mantle of spearheading his government to the next level in the positions of County Executive Members and Chief Officers.