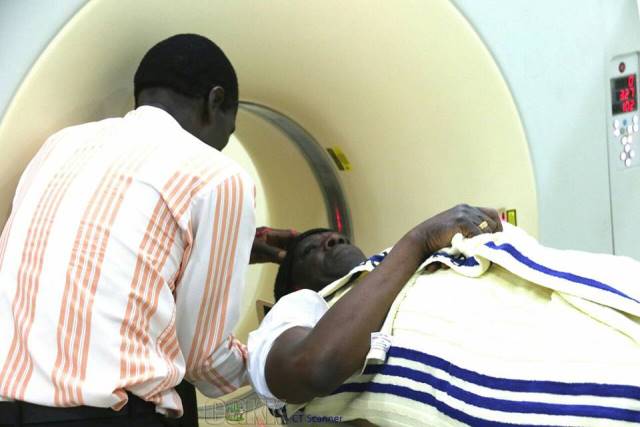 Kakamega County Governor H.E Wycliffe Ambetsa Oparanya has called on residents of the county to embrace government health facilities while seeking medical attention for themselves and their relatives.

The Governor who visited the Kakamega County Referral Hospital for a normal routine check up today, said his government has heavily invested in the health sector since inception of devolution.

Governor Oparanya however stated that the investments will only count if residents maximise on their visits to the facilities at all levels and called on them to make use of equipment such as the CT Scanner and the MRI machine which were initially unavailable in the entire region.