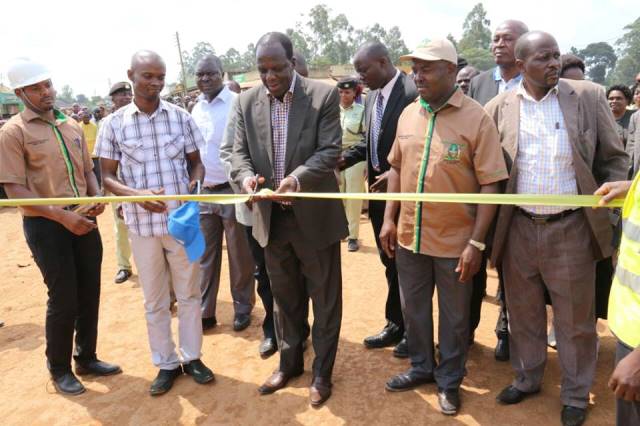 Today, Kakamega County Governor H.E Wycliffe Ambetsa Oparanya led Members of Parliament, MCA’s, county government officials, and residents of Shinyalu sub county in launching construction of the Khayega-Shinyalu road that is set to be tarmacked within 9 months at a cost of Kshs. 248 million.

It is the first road to be launched in the county on the 200km tarmac road network program started by the county government that will see all the sub counties have main roads tarmacked at a total cost of Kshs. 10 billion.

Governor Oparanya also opened Ivochio bridge which before construction, had claimed close to 20 lives and cut off Murhanda Ward especially during long, heavy rains seasons. Residents can now carry out their businesses without worrying of the water menace.