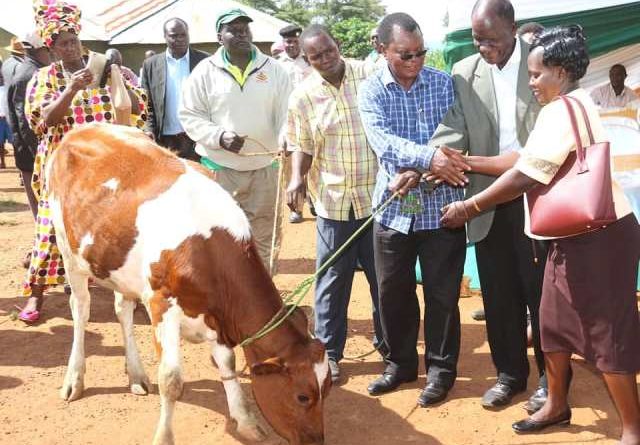 H.E. the Deputy Governor thanked the first beneficiaries and Lugari residents for embracing dairy farming as a venture capable of transforming their lives. Prof. Kutima announced that the county government has put in place measures to support and revamp the existing farmers’ co-operatives through which government funds to support the farmers will be channelled to. He added that the county government has enhanced efforts to accelerate dairy farming in the county through use of artificial insemination method of animal multiplication to increase milk production in anticipation of the soon to be constructed Malava Dairy plant and encouraged farmers to employ other value addition mechanisms to fully benefit from the dairy products.

Earlier, H.E. Prof. Kutima had visited homes of dairy farmers including that of Mr. David Ingoi at Mbajo village, Chekalini ward. Mr. Ingoi is a beneficiary of the county government’s One Cow Initiative programme.