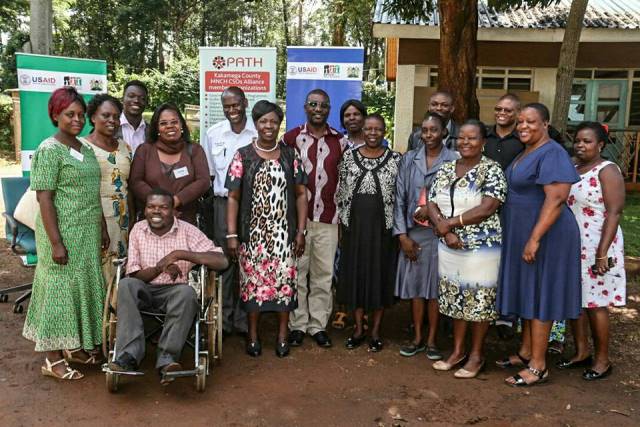 KAKAMEGA county First Lady Priscilla Oparanya has called on the youths in Kakamega county to take up leadership roles in the society.

Speaking during a PATH sponsored equipment donation ceremony to various children support groups at Kenaphia offices, Kakamega, the first lady called on the young generation to actively get involved in the decision making process to ensure a smooth transition between them and the elderly workforce. That she said, would ensure normal operations at the orphanage homes and other self support groups in the event of a change of guard. Mrs. Oparanya called on the groups to share experiences and learn from one another as a way of improving services at their support centres. She also encouraged parents and families to speak freely on HIV/AIDS and other related ailments adding that the youths should be sensitized about life skills and the killer disease from an early age.

PATH is an internationally recognized non profit organization supporting and empowering children and vulnerable members of the society. It has partnered with the office of the First Lady, Kakamega County to improve the living standards of the less priviledged members in the entire county. During the event, the groups drawn from across the county were given laptops and desktop computers to support their operations.