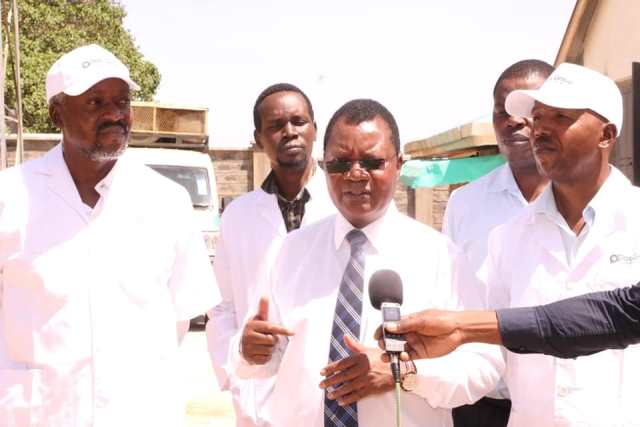 Kakamega County Fish Processing Factory will start its operations at the end of April, 2020 Deputy Governor H.E. Prof. Philip Museve Kutima has said. Speaking after visiting the factory to assess its progress, Prof. Kutima expressed his contentment at the work done on the project adding that approximately 589 fish farmers will benefit from the plant. The deputy governor who also doubles up as the CECM for Agriculture, Irrigation Cooperatives, Veterinary and Livestock services said the County has partnered with Das Group to operationalise the project.

“The county government has spent Ksh. 5 million on subsidised fish farm inputs and fish feeds to boost production of fish to meet the demand by the plant when it officially becomes operational,” he said.

He called upon members of the Kakamega Fish Farmers Cooperative Society to step up the efforts of recruiting more farmers to their cooperative.