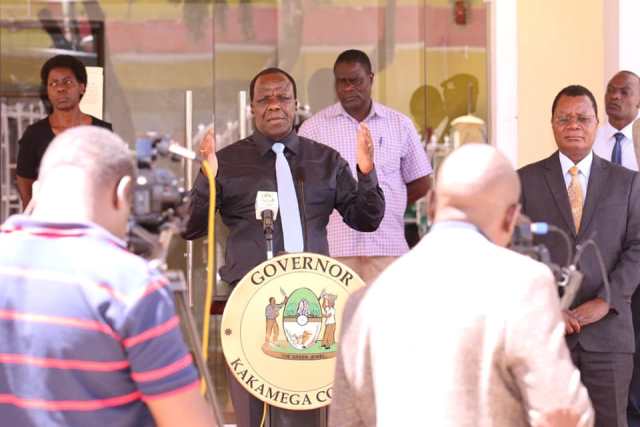 Kakamega County Covid-19 Emergency Response Team chaired by H.E. Governor Wycliffe Ambetsa Oparanya and co-chaired by County Commissioner madam Pauline Dola has already identified two schools in each sub county that will serve as isolation centres for Corona virus patients in the event that the confirmed number of victims overwhelm the health facilities across the County.

This was announced by the governor during a County briefing to the members of the press of at the County headquarters.

“As we put in place these measures, we still note that boda boda operators and open air markets remain our weakest link in the fight against the spread of this virus,” governor Oparanya observed. He called on the riders to carry only one passenger at a time, regularly sanitize their motocycles and practice social distancing during their daily operations.

The County boss said a total 10,350 people have so far been screened in the County since the first case was reported in the country and encouraged residents to visit their nearest medical facilities for general screening.