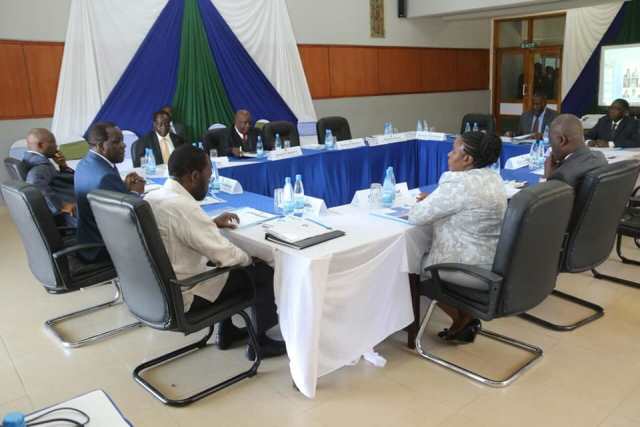 14 Governors who are signatories to an MOU creating the Lake Region Economic Bloc (LREB) are today appending their signatures to a legal instrument that paves way to a formal establishment of the bloc. The counties on board are Bomet, Bungoma, Busia, Homa Bay, Kakamega, Kericho, Kisii, Kisumu, Migori, Nandi, Nyamira, Siaya, Trans Nzoia and Vihiga.

The objective of this group is to leverage on economies of scale and utilize shared resources such as Lake Victoria and other natural resources as well as economic opportunities, in order to catalyse economic development and improve livelihoods of the people- estimated to be 14 million and more.

On arrival, the Governors are treated to a guard of honour mounted by County Enforcement officers before proceeding to the meeting.