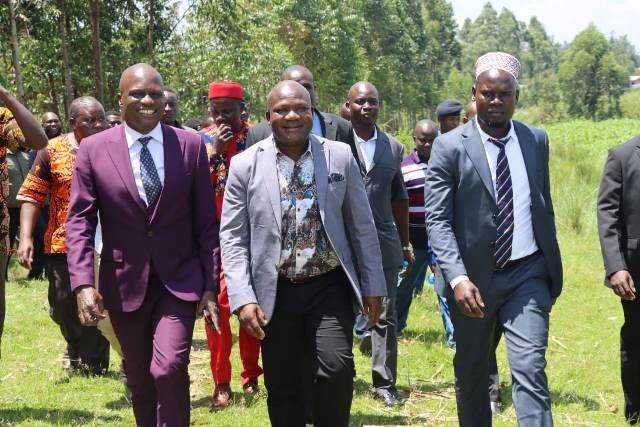 Members of County Assembly (MCAs) in Kakamega County will each receive Ksh 20 Million starting this financial year to stimulate development in the sixty wards across the County.

This was revealed by the County boss H.E. FCPA Fernandes Barasa Thursday during the homecoming ceremony of Mumias Central Ward MCA Hon. Ali Okomba where he explained that his development agenda for Kakamega will be accelerated through advancement of the funds to the respective 60 Wards.

“Development is our business and in actualising this, we will work closely with our Honourable MCAs’ as we prioritise this agenda,” the Governor observed.

FCPA Barasa assured the Members that regardless of their party or political affiliations, his Government will serve all residents equally.

The Governor also used the opportunity to thank the MCAs for electing the Rt. Hon. James Namatsi as Kakamega County Assembly Speaker and his deputy Hon. Bernard Shitiabayi during the House elections held on Wednesday. The two leaders were present at the ceremony together with a host of other MCAs.

The County CEO once again thanked Kakamega residents for trusting him with the mandate of steering the County ahead adding that their vote has already been recognized by the Council of Governors (CoG) after he was voted recently by his colleague Governors as the Council’s Finance Committee Chairperson.

On revival of Mumias Sugar Company, H.E the Governor expressed optimism with the ongoing efforts by Sarrai Group directed towards revival of the East and Central Africa giant miller.