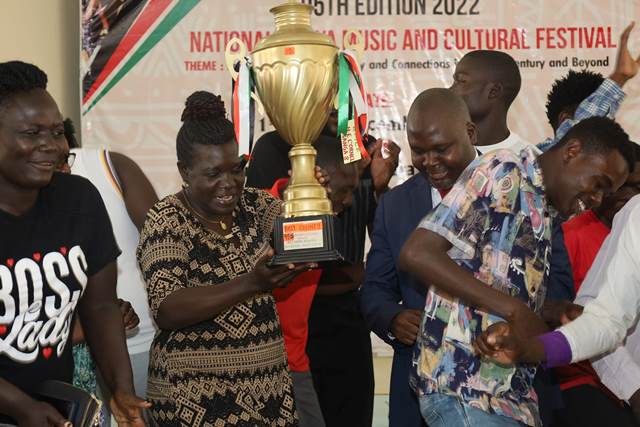 Kakamega County are the champions of the just concluded 95th edition of the National Kenya Music and Cultural Festivals held at the Kitui Multi-purpose hall in Kitui County.

Kakamega, the Green Jewel, fought off stiff competition from the Coastal County of Kwale and the neighbouring Vihiga County, who emerged positions two and three respectively, to lift the highly coveted trophy in the music and cultural industry in the Country.

The closing ceremony was presided over by Kitui Deputy Governor H.E. Augustine Wambua who appreciated participating devolved units and institutions for honouring the organizer’s invite to the annual fest.

“We appreciate the support accorded to us by everyone back home led by our able Governor H.E. FCPA Fernandes Barasa; we have not just upheld the glory but also improved on our previous years’ performance,” she said.

Kakamega, represented by 240 participants, put up a stellar performance in traditional dances, poetry, drama, public speaking and elocutions among others.