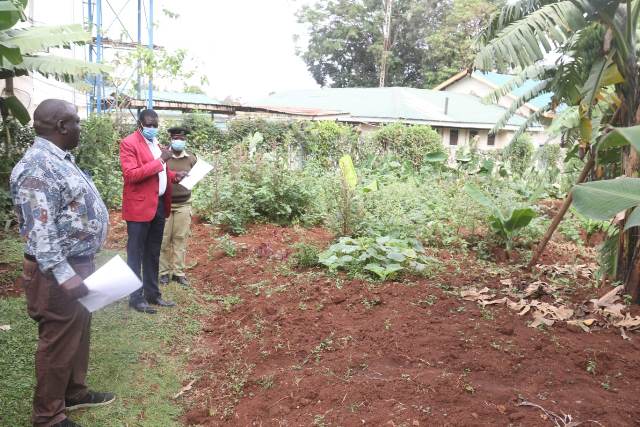 Kakamega County Executive for Lands, Urban Areas and Physical Planning Hon. Robert Makhanu has issued a stern warning to private developers in Kakamega and Mumias over illegal acquisition of Government plots in the two Municipalities.

Hon. Makhanu was speaking Wednesday during an inspection tour of Otiende and Amalemba estates in Kakamega where he discovered that illegal structures are mushrooming on Government and riparian land in the two residential areas which are among the oldest estates in Kakamega municipality.

The inspection by the CECM together with a technical team from the Ministry comes against the backdrop of an upcoming transfer of ownership of over 80 Government houses in the estates to the County Government by the National Housing Corporation (NHC) which has been managing the units.

“We are glad that after lengthy negotiations with the NHC, the County is soon set to take over management of these houses; this will be the end of unscrupulous individuals and institutions that have been taking advantage of the gap to grab the plots,” Hon. Makhanu assured and regretted that the initial tenants had either rented their units to other occupants or had set up business premises within their residences.

The County is keen on reinstating ownership and occupancy of the houses formerly owned by the defunct Local Authorities for ease of management.