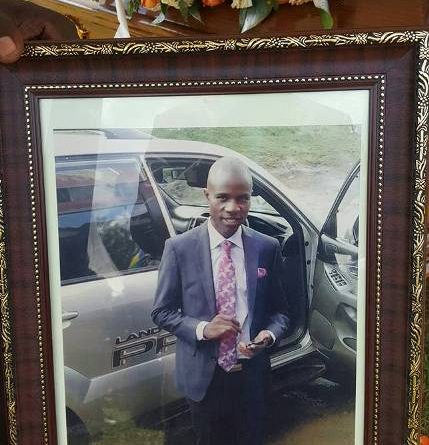 Speaking at Mukabana’s funeral at Mahondo ground in Butere Subcounty, the leaders raised a red flag on the high levels of insecurity in Kenya, challenging the National Government to provide maximum security to all citizens and their property as enshrined in the constitution.

Governor Evans Kidero called on the Independent Electoral and Boundaries Commission (IEBC) to call it a day saying Kenyans are dissatisfied with its work. He said CORD will soldier on to see that the independence of the commission is met before Kenyans participate in the forthcoming General Election exercise.

Governor Wycliffe Oparanya asked the National Government to stop intimidating the Opposition by withdrawing their bodyguards after fulfilling their constitutional right of peaceful demonstrations. Oparanya, who delivered CORD’s Leader Rt. Hon. Prime Minister Raila Odinga’s message of condolence reminded Kenyans to register as voters in readiness for true leadership change through the next General Election.

The late Stephene Mukabana was shot at the head, chest and knee by unknown gunmen at his gate, at 10pm, in Njiru along Kangundo road in Nairobi, as he waited for his family to open the gate for him. He was laid to rest at his home in Mahondo Village of Butere Sub-County in Kakamega County. Mukabana leaves a widow and four children. May God Rest His Soul in Eternal Peace.