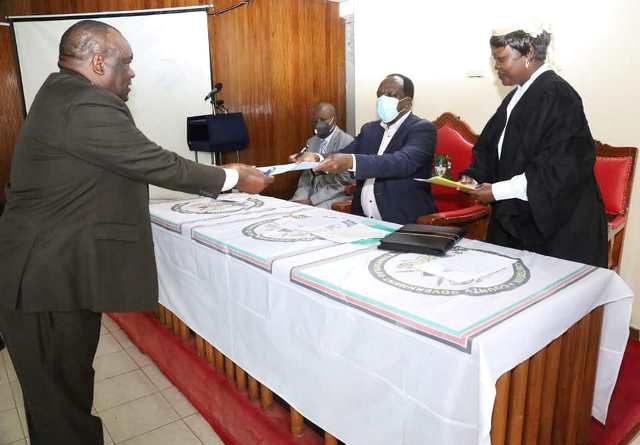 The Governor was speaking Wednesday during a swearing in ceremony of five senior officers at the County Headquarters, Chambers Hall where he said pending bills symbolize inefficiency giving the Government a bad name.

“The Government is a going concern; All accounting officers must settle legitimate pending bills within the timeframe provided for in the Public Finance Management Act, 2012,” he directed, cautioning the officers against making decisions based on favoritism and/or corrupt practices.

The Governor asked them to play their role in making devolution work well by putting in place mitigation measures that will serve to uphold the reputable name of Kakamega County.

“Remember you are servants of Wanainchi and not their bosses; they therefore expect nothing less than servant leadership and quality service delivery,” the Governor added and challenged them to be good role models by actively promoting public confidence and integrity of their offices.