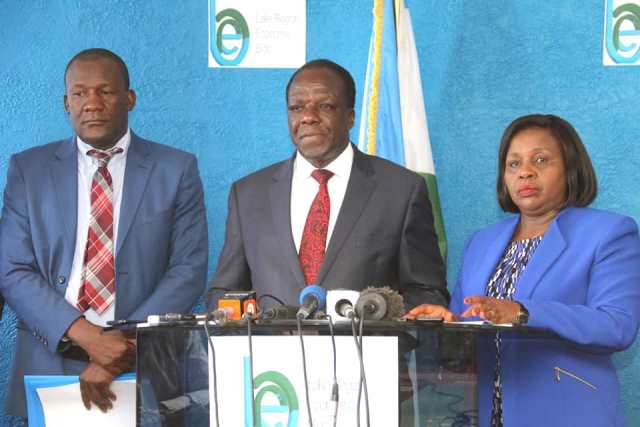 The Lake Region Economic Bloc is set to hold its inaugural conference in Bomet County on 23rd to 26th October, 2018 under the theme “Optimizing Shared Resources for Prosperity”

Speaking during a briefing to the media at the LREB headquarters in Kisumu, the bloc’s Chairman H.E. Wycliffe Ambetsa Oparanya also announced that financial advisory giant organization Deloitte East Africa has been identified through a competitive procurement process as LREB’s advisor in formation of the bloc’s regional bank. Under the LREB economic Blue print on establishment of a regional bank as a flagship projects under the financial services pillar to assist residents with access to favourable financial services. So far Shs. 700 million has been allocated in annual budgets by member counties for the bloc as their assemblies work round the clock to pass the Lake Region Economic Bloc Bill 2018. Kakamega County was the first of the 14 counties to pass the bill, which the Governor lauded as leading by example.

Governor Oparanya said the conference has so attracted many partners and thanked those who came on board earlier such as Ford Foundation and USAID-Ahadi. Ford Foundation supported formation of the LREB Secretariat to the tune of Shs.18million with Ahadi giving support in capacity building and sensitization of county Assemblies and the public. He said United Nations under the UN- Sustainable Development Goals (UN-SDG) will, during the Bomet conference, hold a two day Symposia on Blue Economy and Universal Health Coverage. “The LREB is a powerful bloc and from our coming together, the national government has considered it wise to come up with legislation to guide other regions interested in such formations,” he added.

Bomet County Governor and LREB Vice Chairperson H.E. Dr. Joyce Laboso who flanked Governor Oparanya welcomed residents from member counties and all stakeholders to her county for the Conference saying it will offer much needed investment opportunities to stakeholders.