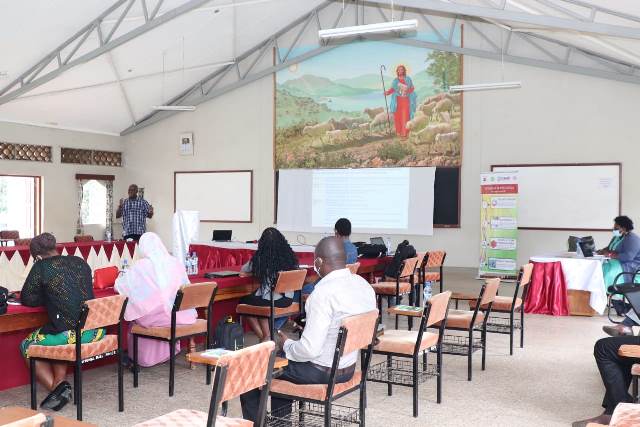 Media practitioners from Western and Nyanza regions on Wednesday underwent a capacity building exercise on driving the Tuberculosis disease agenda to the people in the region.

The training that was organized by the County Government of Kakamega in partnership with Komesha TB Program under the umbrella Kenya Conference of Catholic Bishop (KCCB) held at Bishop Stam Kakamega sensitized scribes from both print and electronic media on how to end Tuberculosis in the region through a social behaviour change approach. Komesha TB is implementing the program in 9 counties namely; Kisii, Kakamega, Busia, Bungoma, Vihiga, Homabay, Siaya, Migori and Kisumu.

As stated by Madam Emily Vuguza, the County TB coordinator, media is a key player in informing the public on the signs and symptoms of TB so as to to make them seek early medical assistance.

“Nine percent of the total TB notified cases die; this is attributed to less diagnosis,” she stated, adding that due to the similarity in Covid-19 and TB symptoms, many patients shy away from seeking medical attention because of the fear of being quarantined.

Kakamega County in collaboration with Komesha TB has rolled out a Countywide TB screening for members of the public. The National TB program on the other hand has supplied Kakamega with a digital x-ray equipment for screening patients.