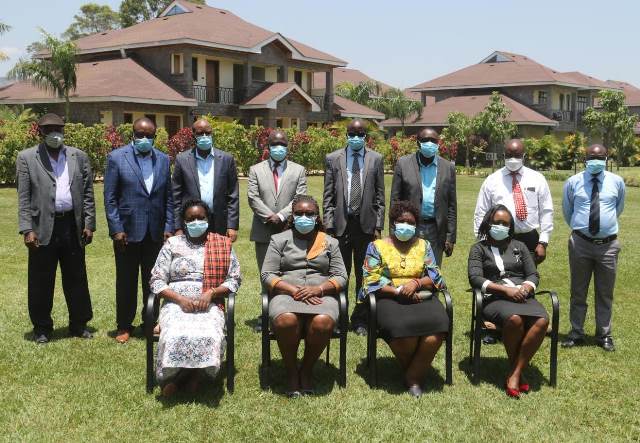 Kakamega County Urban and Rural Water Companies Tuesday held a joint Board of Directors meeting aimed at ensuring a smooth take over of operations by the Rural Water body initially undertaken by the sister company.

The meeting that also served as an induction training for the Board of Directors of the Rural firm was graced by the CECM for Water, Environment and Natural resources Mr. Fanuel Kulati Wangia who lauded the cooperation between the two companies terming it key in enhancing the provision of water to residents.

“As the new kid on the block, the Kakamega County Rural Water Company is yet to build enough capacity to take over some key components from the Urban corporation; we therefore remain dependant of our sister in supporting us undertake some critical functions,” he said.

During the meeting, a proposed roadmap that will be observed by the Rural company was presented. The roadmap highlighted among others; Gazettement of the company, the relevant Management instruments including the Strategic plan and Business plans among others.

According to the Chief Officer for Water Eng. Joseck Maloba, there is need to separate operations of the two companies due to various factors; for instance the economic stability among the urban residents as compared to the rural dwellers.